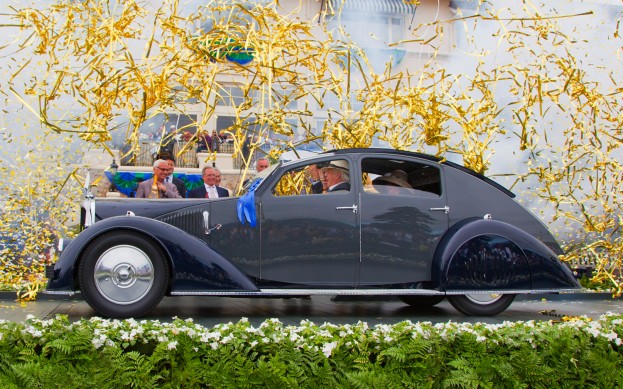 The Pebble Beach Concours d’Elégance took place the weekend of August 21, 2011. The Concours is a celebration of perfectly restored classic cars. Past Best in Show winners include Ralph Lauren (twice). This year’s winner was Peter Mullin who was driving a 1934 Voisin C-25 Aerodyne, also named the best car in 1932-37 European Classic car division.

The car was built by Gabriel Voisin (1880 – 1973) an aviation pioneer who later turned to creating exceptional cars under the label Avions Voisin. He worked closely with his brother Charles until his death in 1912. They were in direct competition with a more famous brother team named Wright. After 1913, Gabriel Voisin shifted his focus to developing military aircraft. Post war, he opted for luxury automobiles and he built some of the best in the world. He changed gears again to build a car for the masses, the Biscooter due to the Depression causing the collapse in the luxury goods market. He was made a Commander of the Légion d’honneur. Today’s expression, en avoir sous la casquette (ohn avwahr sue lah casskeht) literally means “to have something under the cap.” Figuratively, it means that the person is really intelligent, and that certainly applies to Gabriel Voisin.