Posted on November 10, 2011 by Patricia Gilbert 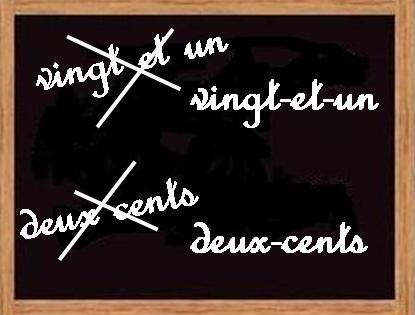 I was amused by the report about spelling reform on the French news tonight. The Académie Française, the guardians of the French language, periodically bless changes. The most recent reforms were in 1990, more than twenty years ago now, but the report explained that few French people are clear about how they should be spelling words as common as “le weekend.” Hey, I’m a French teacher, and I didn’t know that the hyphen was gone, and the text we use at school, which post-dates the changes, still uses “le week-end.” The full list of changes is extensive, but they can be grouped as follows:

Agreement with past participle

The  good news is – all the changes are considered optional and the old spellings are as correct as the corrections. So I’m not messing up all my students.

Today’s expression, occupe-toi de tes oignons! (ahkoop two de tays onyohn) means “look after your own onions” or “mind your own business.” I kind of feel that the Académie Française should have taken that advice and not made so many changes that no one likes or follows. I like oignons with an i.

If you want to practice your spelling in French, try this book of exercises:

Patricia Gilbert is a French teacher. She's Canadian, lives in the United States, but dreams of living in France. Follow her on Instagram @Onequalitythefinest and on Twitter @1qualthefinest.
View all posts by Patricia Gilbert →
This entry was posted in Literature and tagged Académie Française, French spelling changes, occupe-toi de tes oignons!, Orthographe Progressive du Français, spelling reform 1990. Bookmark the permalink.