Posted on February 19, 2012 by Patricia Gilbert 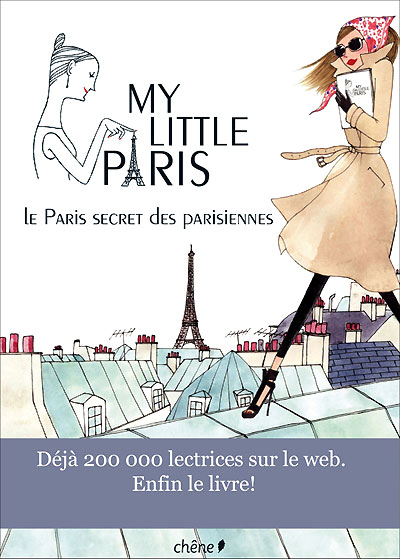 French teachers need to learn new vocabulary too. My favorite French language website is My Little Paris. In addition to lots of branché information about the City of Light, there are editions that focus on France’s other big cities – Lyon and Marseille. If your language skills don’t match your love of France, the site is also available in English. After you subscribe, an e-mail with tidbits about living the French good life will arrive about three times a week. You might get the address of a new restaurant specializing in soup, or the address of where to go for Hermès’ twice annual sale, or a map of where to go in Paris to meet the kind of man you’re interested in. I never read an installment without learning two or three new words and the illustrations are really fun. It helps me build a list of what I want to see on my next trip to France – even if I’m not on the hunt for a new man, I’m always on the hunt for a new boutique! My Little Paris is like having a girlfriend who will share all her best secrets with you.

Here are three words I learned from a recent article on vintage fashion: affûter – to sharpen; sempiternel – endless; un paletot – a coat or jacket that’s usually short and boxy. Today’s expression uses one of those words, tomber sur le paletot de quelqu’un (tombay sir luh paltoe duh kelkun) literally means “to fall on someone’s coat,” I suppose with the intention of ripping it off à la Gogol’s “The Overcoat.” With My Little Paris, you’ll be so chic that someone may be tempted to rip the clothes off your back, but at least you’ll know where to get awesome replacements.

My Little Paris is also available as a book

Patricia Gilbert is a French teacher. She's Canadian, lives in the United States, but dreams of living in France. Follow her on Instagram @Onequalitythefinest and on Twitter @1qualthefinest.
View all posts by Patricia Gilbert →
This entry was posted in Media and tagged French language learning, French vocabulary, insider's guide to Paris, My Little Paris, tomber sur le paletot de quelqu’un. Bookmark the permalink.