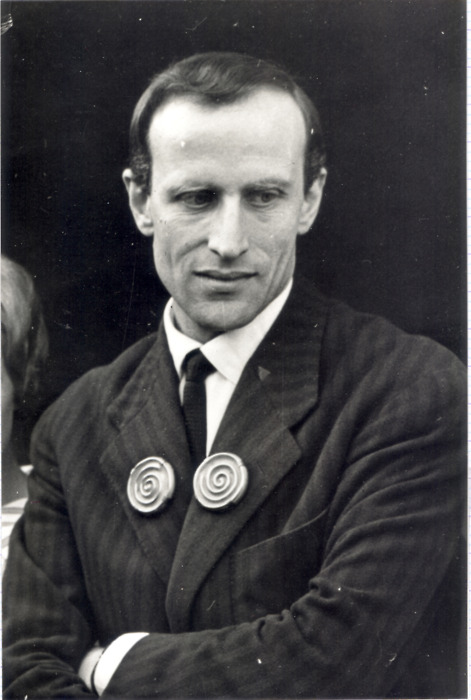 Multi-talented Boris Vian was a writer, jazz musician, actor, inventor, and engineer. He was born on March 10, 1929. As a child he contracted rheumatic fever and typhoid that permanently weakened his heart and led to his early death. Vian became friends with the existentialist crowd at the Saint-Germain cafés, including Jean-Paul Sartre and Simone de Beauvoir. He and Sartre were close friends, but that didn’t stop Sartre from having an affair with Vian’s wife that destroyed their marriage.

Vian’s most famous work is L’Écume des Jours. Vian also wrote crime novels under the pen name Vernon Sullivan. His serious works are now considered masterpieces but only the crime novels were commercial successes. He played the trumpet with jazz greats such as Duke Ellington and Miles Davis. His own anti-war composition “Le Déserteur” was a big hit. He graduated as a metallurgical engineer; he worked as an engineer by day and as a musician and writer by night for a number of years. When he attended a screening a film version of one of mysteries, with the dramatic title, I Spit on Your Graves, he was so upset with the portrayal that he exclaimed, “These guys are supposed to be American? My ass.” He then collapsed and died from a heart attack. It was June 23, 1959 and he was only 39 years old.

J’irai cracher sur vos tombes is the French title of the ill-fated film. Today’s expression, ne pas cracher sur quelque chose (nuh pah crahshay soor kelkuh shows), means “don’t spit on something,” in other words, appreciate it. Perhaps if Vian had appreciated the adaptation of his film, instead of flipping out, he would have lived longer.

Patricia Gilbert is a French teacher. She's Canadian, lives in the United States, but dreams of living in France. Follow her on Instagram @Onequalitythefinest and on Twitter @1qualthefinest.
View all posts by Patricia Gilbert →
This entry was posted in Literature, Music and tagged Boris Vian, I Spit on Your Graves, L’Écume des Jours, Le Déserteur, ne pas cracher sur quelque chose, Vernon Sullivan. Bookmark the permalink.