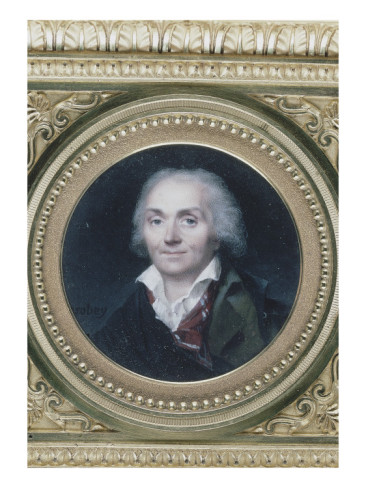 French sculptor Jean-Antoine Houdon was born on March 20, 1741. Houdon’s father was a servant in the household of someone with important connections to the royal art world. The Versailles native won the Prix de Rome and spent ten years in the Eternal City. He had the good fortune to live in very interesting times, which resulted in world-famous busts of men like George Washington, Thomas Jefferson, Ben Franklin, Napoléon, Voltaire (with and without hair), Molière, Denis Diderot. Here’s a wonderful gallery of his work.

Houdon was actually invited to travel to America to cast Washington’s face. The iconic bust was even the basis for US stamps and currency showing the first president’s profile. While Houdon was regarded with suspicion during the French Revolution, due to his close working relationship to royalty, he mercifully avoided both incarceration and execution. He died of old age on July 15, 1828.

Today’s expression, sage comme une image (saj kum oon eemaj) literally means “wise as an image,” but we’d say “as good as gold.” Sage also means good or well-behaved and image can mean a picture, so you could aso say “as good as a picture.” Houdon’s images were good enough to be used for currency, which is almost as good as gold in my books.

Jean-Antoine Houdon: Sculptor of the Enlightenment

Patricia Gilbert is a French teacher. She's Canadian, lives in the United States, but dreams of living in France. Follow her on Instagram @Onequalitythefinest and on Twitter @1qualthefinest.
View all posts by Patricia Gilbert →
This entry was posted in Art and tagged French sculptor, Jean-Antoine Houdon, Jean-Antoine Houdon: Sculptor of the Enlightenment, Prix de Rome, sage comme une image. Bookmark the permalink.