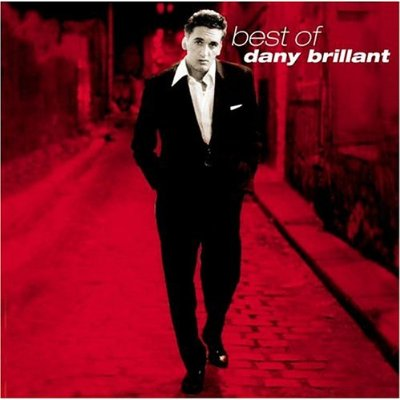 Dany Brillant is a Tunisian-French singer and songwriter. Born December 28, 1965 in Tunisia, he moved to, and grew up in the suburbs of Paris. He began teaching himself guitar at 14 and spent much of his youth playing along to his favorite artists – Elvis Presley, Frank Sinatra, Yves Montand, and Michel Legrand – on the radio. He was equally adept at science, passing his baccalauréat with flying colors, but decided at 20, after two years of medical school, to become a professional musician.

Brillant performed in various Parisian cafés, and eventually graduated to cabarets, including the “Trois Mallets.” However, he was initially less successful with recording his music. His style imitated those of his favorite artists, and record labels consequently received him as anachronistic. He was fortunate enough to record C’est ça qui est bon in 1991, and his included song, “Suzette,” immediately hightailed to the top of French charts. He has gone on to record six more albums, increasing in popularity with each release. His versatile combinations of rock, jazz, mambo, Cuban cha cha cha, and swing-style big band music render him successful with many generations and countries. His hit “Histoire d’un amour” sold 350,000 copies.

He has toured across the globe and with other celebrities, supporting Céline Dion in 1999 at the Stade de France, and performing his own series of concerts at the Palais des Sports in Paris, and later at Le Grand Rex. Brillant has taken part in several charity events, including the recording of a fund-raising album for the French charity “Les Restos du cœur.” He has recorded in Rome, Cuba, and the United States. It was at this last location that he recorded Jazz… à la Nouvelle Orléans and with it his song “Comme le jour et la nuit” (come luh jore ay la new-ee) which literally translates to “like the night and day” but is used in French to highlight an anomaly. So, even if the style of your favorite music and that of Dany Brillant is comme le jour et la nuit you can still appreciate his use of a good expression!