Une marquise (oon markeys) is a glass canopy over an entrance, usually in a fan shape, with ribs made of forged iron.

If you see an original, the building probably was built in the 19th century. 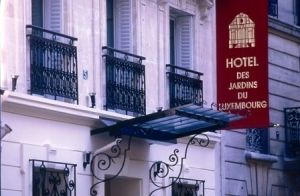 Here’s one from my neighborhood in Paris.

The early 20th century glass-canopied art nouveau metro stations by Hector Guimard aren’t truly marquises because they aren’t attached to a building, but they bear similarities.

You see examples of this style in cities other than Paris. Here’s a photo of a marquise on Walnut Street in Philadelphia from the same era. They’re like jewelry, aren’t they?