French artist Alfred Sisley was born in Paris on October 30, 1839. His parents were British, so Sisley had their citizenship, but he lived most of his life in France. His father was a wealthy silk merchant and his mother was a connoisseur of classical music. 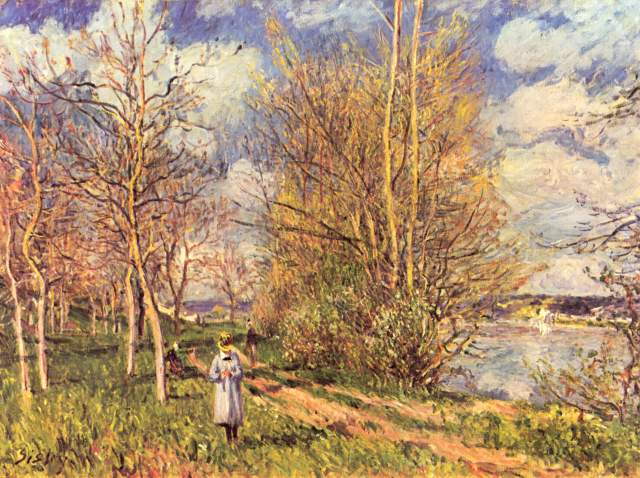 His parents intended him to pursue a career in business and they packed him off to London. After four years, he returned to Paris where he enrolled at the École des Beaux-Arts. While there, he became friends with Renoir, Monet, and Bazille. All of the group that became known as the Impressionists experimented en plein air with the effects of light and shadow. What made Sisley different was the fact that he was financially supported by his father.

This level of financial comfort came to an end after the 1870 France-Prussian War caused the failure of his father’s business. Sisley went from comfort to penury for the rest of his days. Occasionally, Sisley picked up a sponsor, which allowed him to complete a series of paintings of the Thames that are considered to be as good as Impressionism gets. Sisley’s skies are particularly impressive. 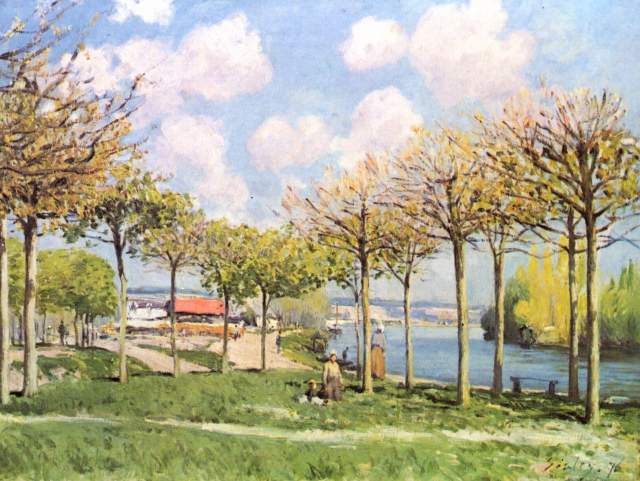 Sisley applied for French citizenship but was refused. A second request was pending when Sisley died of throat cancer on January 29, 1899. 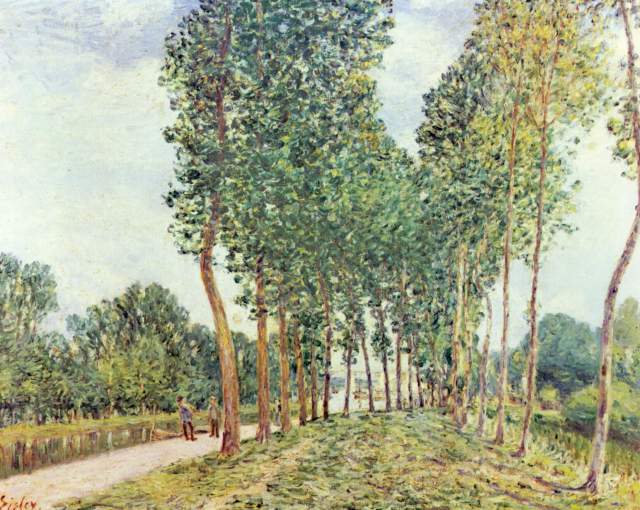 His paintings gained in cachet and market value after his death. Today, they are held by some of the top museums in the world, including the Musée d’Orsay. One of his paintings, Allée des peupliers de Moret, has been stolen three times from its home at the Musée des Beaux-Arts in Nice. Once it was recovered in the sewer; once the museum’s curator was convicted of the theft along with two accomplices; most recently, the police found it in a van in Marseilles. 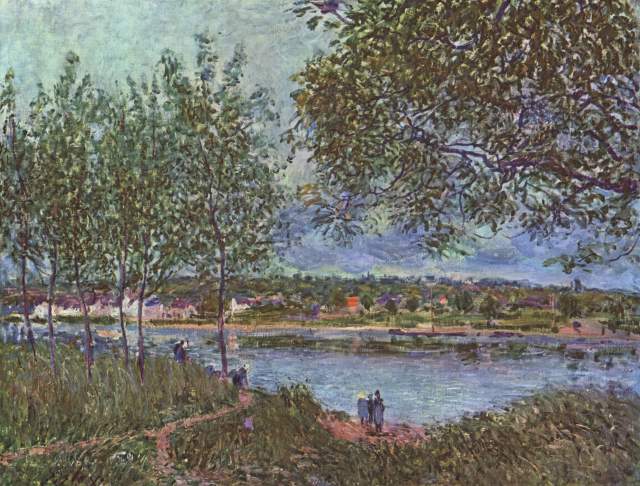 His large body of work, about 900 oil paintings and many pastels and drawings, has made him one of the most frequently copied artists by scammers who try to pass a work off as “newly discovered” Sisley. The word for a forger is un/une faussaire (uhn/oon foesare). It’s one of a small group of French words that can be either masculine or feminine. Forgery is an equal opportunity crime.

Patricia Gilbert is a French teacher. She's Canadian, lives in the United States, but dreams of living in France. Follow her on Instagram @Onequalitythefinest and on Twitter @1qualthefinest.
View all posts by Patricia Gilbert →
This entry was posted in Art and tagged Alfred Sisley, Claude Monet, Frédéric Bazille, Impressionism, Musée d'Orsay, Paris. Bookmark the permalink.