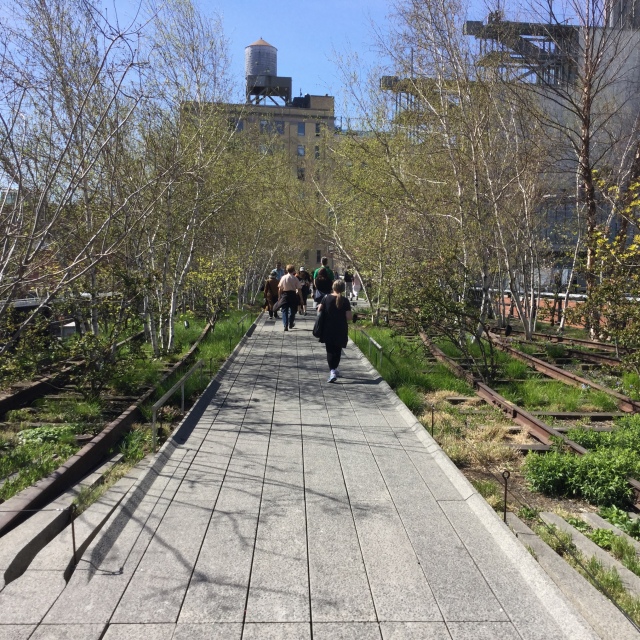 I just spent a spectacular weekend in New York. The weather was amazing; we went to a couple of great museum exhibits and ate lots of wonderful meals. One of the most enjoyable things that we did was walk along the High Line. The High Line is a pathway made from a disused elevated rail line that runs along the western edge of the city from 34th to past 14th Street. The French slang expression un spectacle qui cartonne (uhn spec-tack-luh key kar-ton) is roughly translated as “a smash hit” and the High Line was a smash hit with us. It just goes to show that not all the stars in New York are on Broadway. 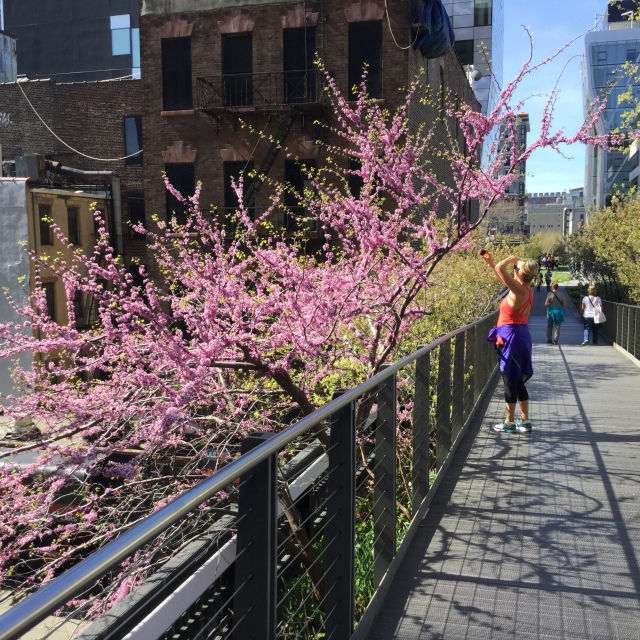 The flower and tree studded gem is a testament to the power of a small group of people to make the world a better place, one part of it, at least. Peter Obletz, a resident of the area around the rail line, successfully opposed demolition efforts in the 80s. Then a decade later, two other residents, Joshua David and Robert Hammond, formed the Friends of the High Line to transform the rail line into an elevated parK. 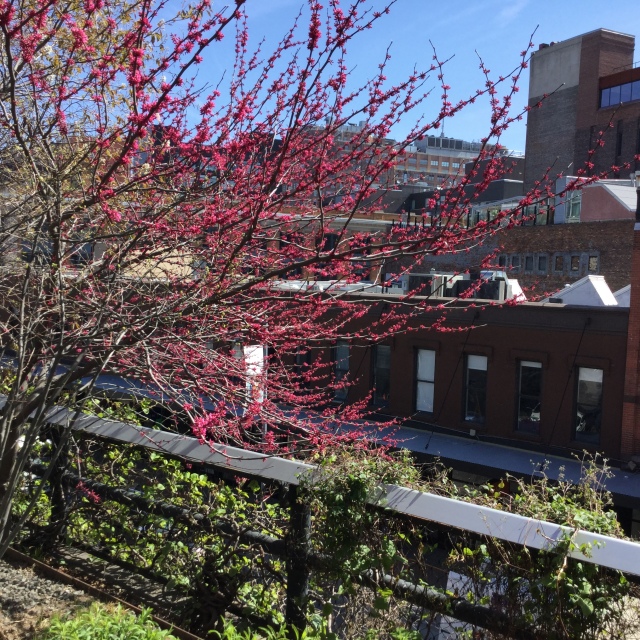 This beautiful space is amazing for other reasons, too. In a city that is very expensive, the High Line is free to anyone who wants to visit it. Ninety-eight per cent of its funding comes from public donations, rather than government money. All around it, parts of the city that did not cartonne are experiencing a renaissance. If you are in New York, I highly recommend that you visit the High Line and I hope that your weather is as spectaculas what we enjoyed.

Patricia Gilbert is a French teacher. She's Canadian, lives in the United States, but dreams of living in France. Follow her on Instagram @Onequalitythefinest and on Twitter @1qualthefinest.
View all posts by Patricia Gilbert →
This entry was posted in Architecture, French Vocabulary, Travel and tagged High Line, New York, un spectacle qui cartonne. Bookmark the permalink.