Posted on December 24, 2018 by Patricia Gilbert

Lately I’ve been reading a police detective novel written by Georges Simenon, the Belgian writer of the Commissaire Maigret series. I’ve always enjoyed mysteries and they are generally accessible reading for the high intermediate foreign-language reader. Simenon was incredibly prolific with almost 500 novels to his credit, 550,000,000 of which were sold to his avid fans. Apparently, he could crank out at least 60 pages of new text a day. The 75-volume Maigret series spanned 1930 to 1972. It was extremely popular on television, where it has been serialized three different times in Britain, once in Italy, and twice in France.

Simenon, however, was not exactly the most admirable of fellows. He moved to France as a young man and, during the war, came under suspicision both by the Gestapo and as a collaborator. Apparently, the Germans erroneously thought he was Jewish and the French weren’t impressed that he’d sold movie rights for Maigret to the Germans. His unpopularity in France caused him to move to Switzerland and then the United States. He also had more lovers than novels – and I mean that literally – he estimated that he had 10,000 amantes! 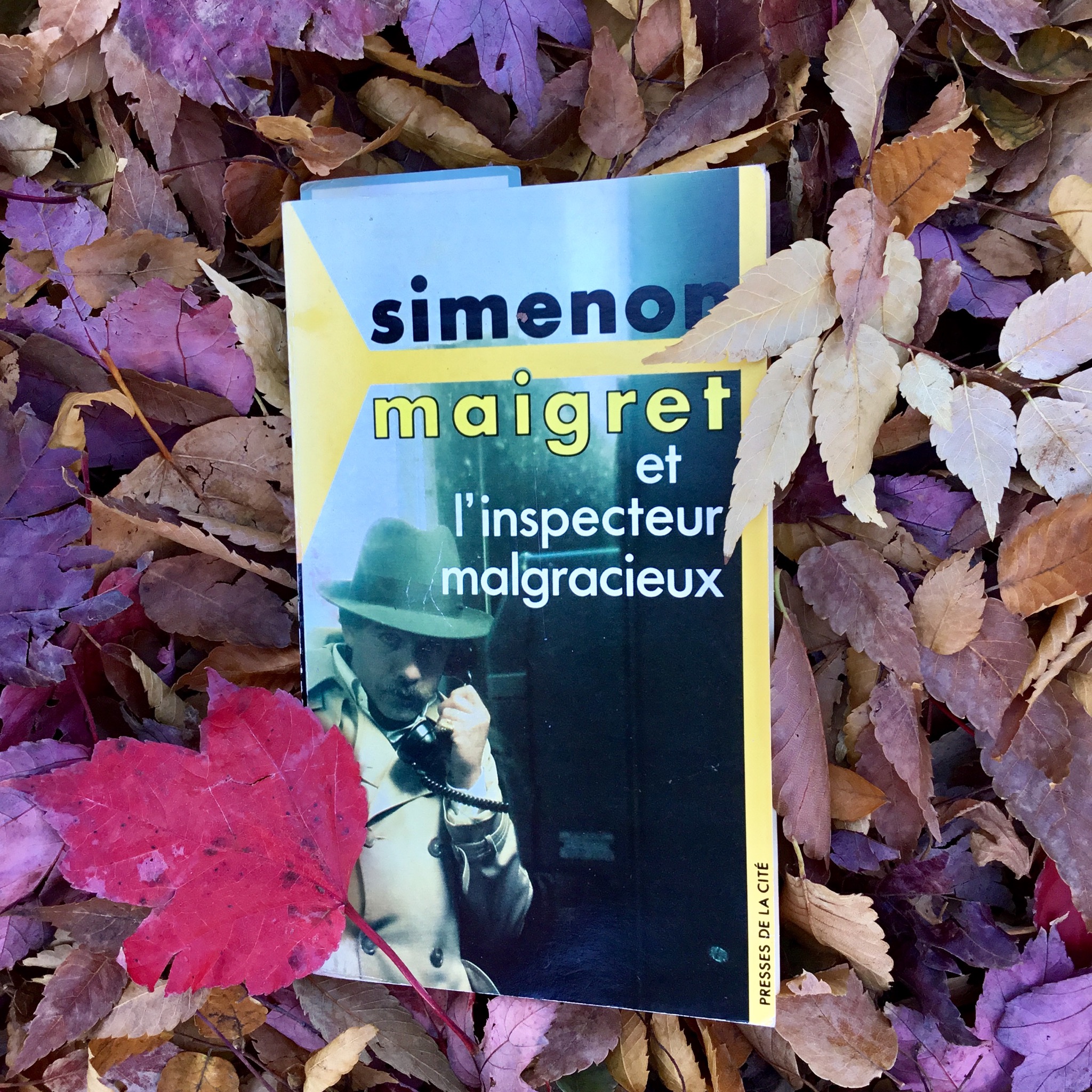 The novel I’ve been reading is Maigret et l’inspecteur malgracieux, first published in 1947. Malgracieux (mal-grass-ee-uh) is not a word that you will find in Wordreference. I think the best translation, based on the behavior of the character, would be “ungracious.” The book is actually a collection of four novellas, each generally of three chapters. The stories present a Paris where working-class people are just getting by in the post-war era, not the glittering center of chic that we normally think of. Maigret solves the crimes with the help of smoking his pipe and a devoted team. He seems to be about as unlike his creator as it is possible to be, with the exception of the ever-present pipe.

Patricia Gilbert is a French teacher. She's Canadian, lives in the United States, but dreams of living in France. Follow her on Instagram @Onequalitythefinest and on Twitter @1qualthefinest.
View all posts by Patricia Gilbert →
This entry was posted in Literature and tagged Georges Simenon, Maigret et l’inspecteur malgracieux. Bookmark the permalink.