Posted on December 30, 2019 by Patricia Gilbert 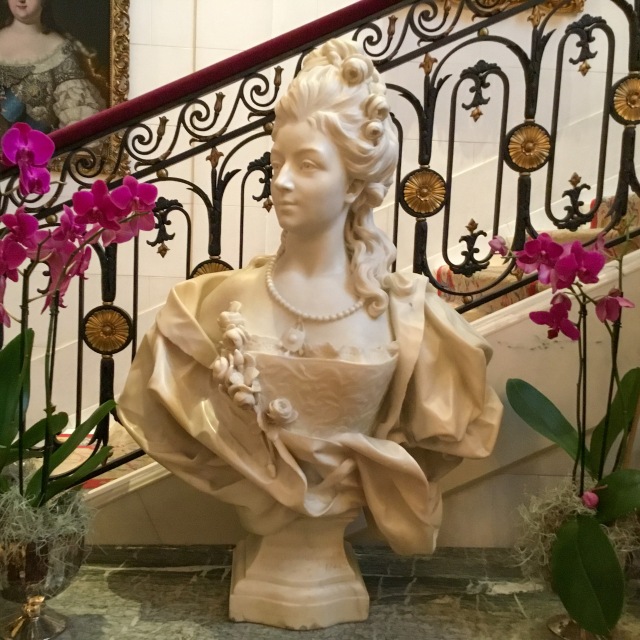 Now that our dearly beloved daughter has moved to Washington, D.C., we have whole new host of places to discover. A billboard in the subway advertised the Hillwood Estate, which I had never heard of, but I’m always up for a stately home visit. This one delivered more than we anticipated and had something for everyone to enjoy. 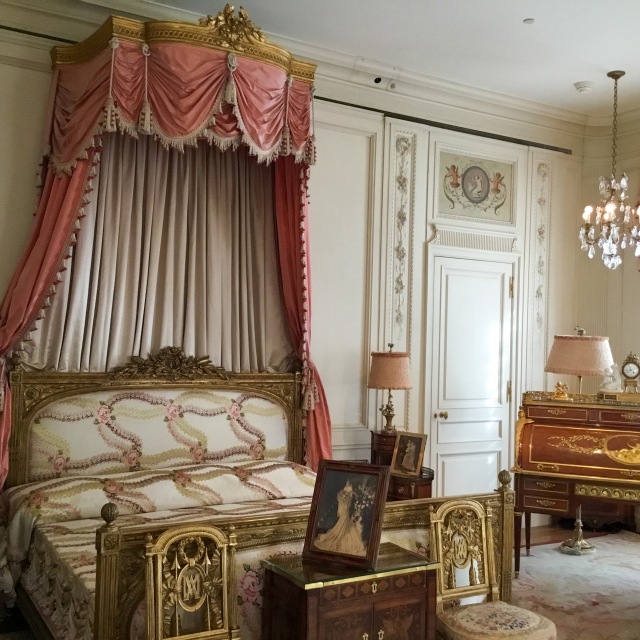 Hillwood was the estate of Marjorie Merriweather Post – or I should say, one of her estates. She basically spent spring and fall here. The Georgian mansion was formerly known as Arbremont, or “tree mountain,” which is more poetic than strictly accurate. Post’s fortune came from the food products business she inherited from her father and actively managed starting at age 27. Essentially, it’s a house built on jello, cereal, instant coffee and the other convenience foods that flourished in the post-war years. 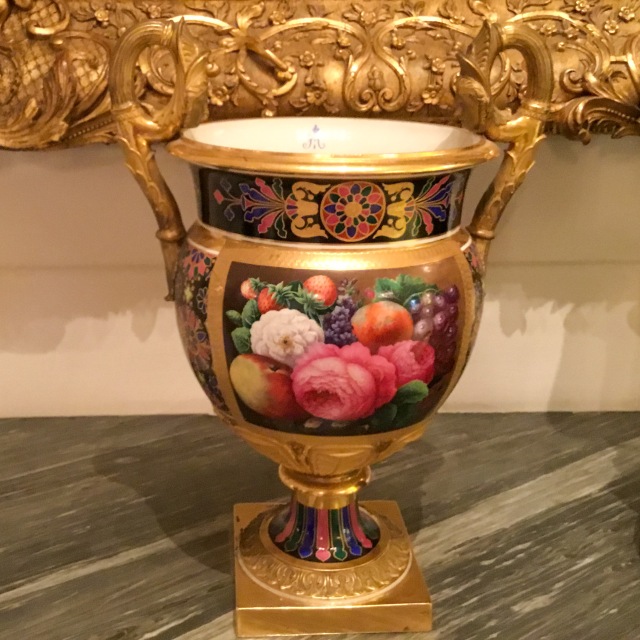 Post’s gastronomic legacy may be questionable, but her taste was not. This great collectionneuse (ko-lek-see-ohn-uze), or (female) collector, acquired French decorative arts that represent the very best: Sèvres porcelain; rare Aubusson rugs; exquisite paneling; and suites of furniture. She even bought the swivel chair used by Marie Antoinette when she was having her elaborate coiffures arranged. 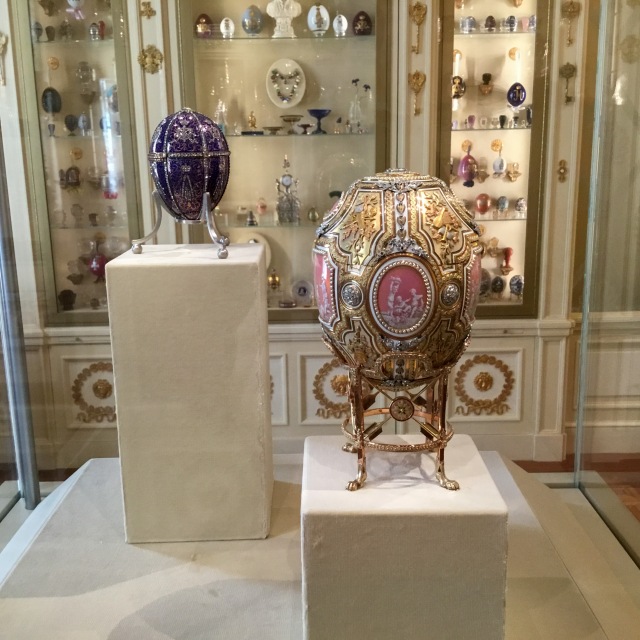 After her passion for all things French had been sated, Post developed an interest in Russian Imperial treasures when she accompanied her third husband to Russia when he was appointed ambassador. She amassed paintings, military decorations, furniture, enough dinner services to serve a regiment, and even two Imperial eggs. I’ve long had an interest in the fantastic creations of Peter Carl Fabergé, especially the Easter gifts of the last of the Czars, so I was thrilled to be able to admire two fine examples. 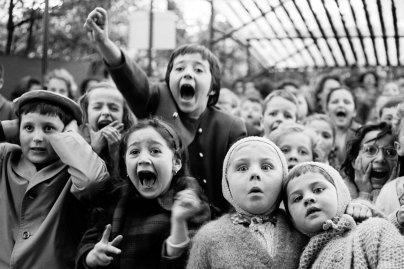 Once you’ve had your fill of admiring the house, you must explore the gardens and outbuildings. While we were there, the photography of Alfred Eisenstaedt was on display in the Adirondack Lodge. His iconic photos were featured on the cover of Life magazine dozens of times and he also recorded the social swirl at Hillwood for the Washington socialite and philanthropist. My favorite was one he took at a children’s puppet show in Paris in 1963. He seemed to capture every human emotion. This exhibit closes on January 5, 2020, so don’t delay if you want to see it. 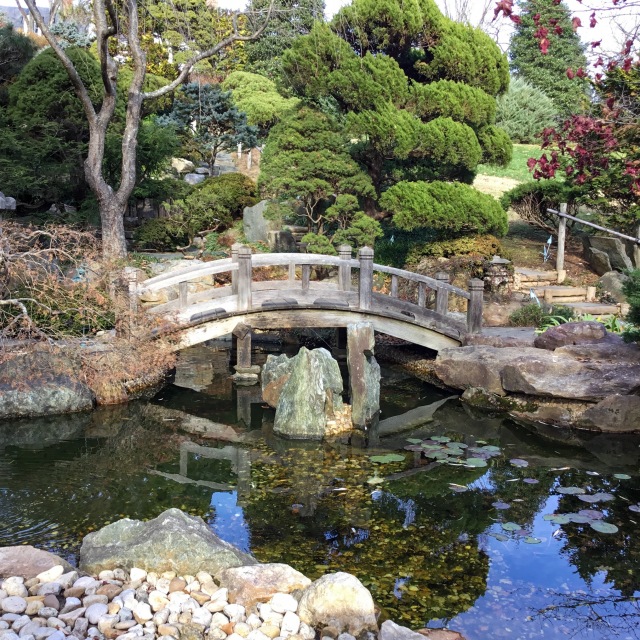 The Japanese garden was our favorite, as it was just as beautiful in early winter as it would be in the summer. My husband envied her greenhouses where she coddled her orchids. I plan to come back when the rose garden is in bloom, and possibly check out the café as well. I wonder if they serve Maxwell House coffee and jello parfaits?

Patricia Gilbert is a French teacher. She's Canadian, lives in the United States, but dreams of living in France. Follow her on Instagram @Onequalitythefinest and on Twitter @1qualthefinest.
View all posts by Patricia Gilbert →
This entry was posted in Photography, Travel. Bookmark the permalink.