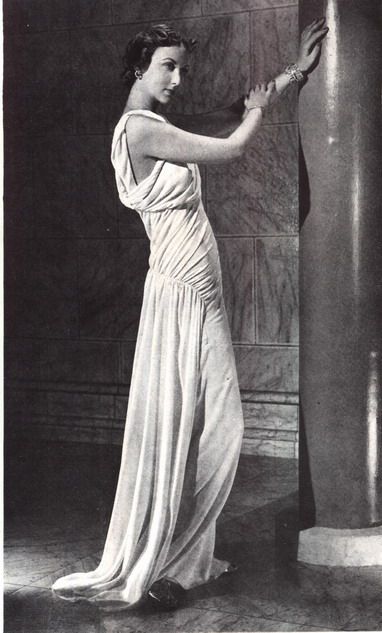 Madeleine Vionnet was born on June 22, 1876. She trained with London dressmaker Kate Reily, and French designers Jacques Doucet, and Callot Sœurs before opening her own fashion house in 1912. She was forced to close her business only two years later, due to the outbreak of war, and did not re-open until 1923. At this point, she took over new premises on the Avenue Montaigne and opened her salon, which would become affectionately known as the Temple of Fashion.

Vionnet became one of the most influential and respected designers of the interwar period and is still cited today by many designers as one of the most significant couturiers in history. Favoring a clear house vision over the latest fashion, Vionnet became known in her early years for her clean, curving lines inspired by Grecian costume, and in the 1920s, as the “queen of the bias cut.” Her designs eschewed corsetry, padding, stiffening, and tailoring that distorted the female body. Instead, she used draping and bias cutting to enhance a woman’s shape. 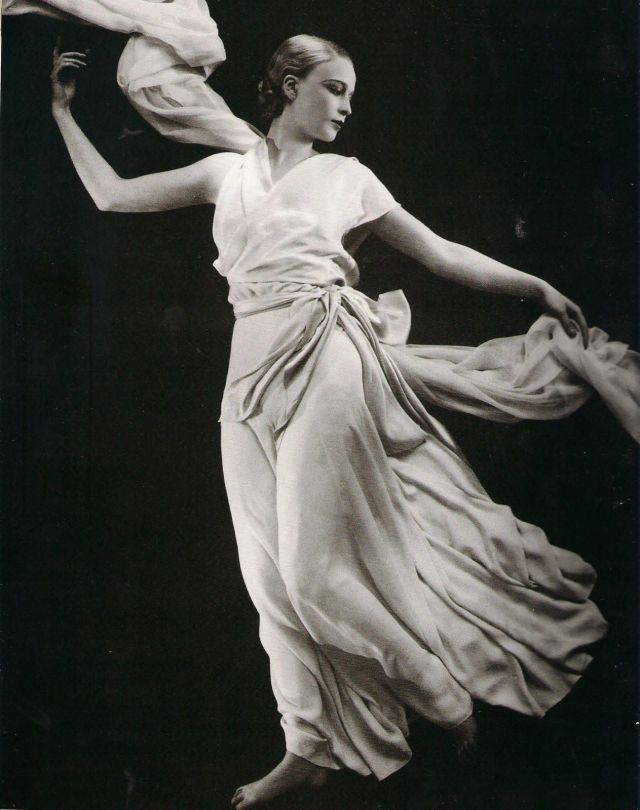 Modern dance influenced her soft, flowing Grecian-style dresses. In particular, Vionnet was impressed by the avant-garde ballerina Isadora Duncan, whose dance costumes floated freely around her body and were worn – rather scandalously – without a corset. Vionnet greatly admired Duncan’s experimental performance style. While at Doucet, she made models show off the house’s designs barefoot, just as Duncan performed – although this was still considered too avant-garde by both Doucet and his customers.

Upon re-opening her own house in 1923, Vionnet could fully express her vision of femininity, and she found immediate fame and success. By 1925, she opened on Fifth Avenue in New York, where she sold ready-made creations that she adapted to the customer. Her unique vision combined with her exquisite and meticulous cut earned her the accolade of “The architect among dressmakers.” Her deceptively simple styles involved a lengthy process of cutting, draping and pinning — a process Vionnet executed on miniature dolls so that she was able to perfect the fall of the fabric.

Her preferred materials were chiffon, crêpe, gabardine, satin, and silk. The last two are particularly well suited to bias cutting and draped perfectly to match a woman’s natural curves and the fluidity of the body in motion. While she was not the first to use bias cutting — indeed, she spoke highly of her time with Callot Sœurs, who used the technique for coats and skirts, as instrumental in shaping her as a designer — she was the first to apply it to full-body dresses. It was these clinging gowns that secured her place among the couture elite, perfectly combining elegance, simplicity, comfort, sensuality, and luxury. Vionnet closed her salon in 1939. She died in Paris on March 2, 1975.

Patricia Gilbert is a French teacher. She's Canadian, lives in the United States, but dreams of living in France. Follow her on Instagram @Onequalitythefinest and on Twitter @1qualthefinest.
View all posts by Patricia Gilbert →
This entry was posted in Fashion and tagged bias cut, Callot Sœurs, Jacques Doucet, Madeleine Vionnet. Bookmark the permalink.